New models introduced at the Bangkok International Motor Show and continuous economic recovery teamed up to help drive up Thailand’s auto sales by as much as 25.2 per cent in April.
According to figures supplied by Toyota Motor Thailand Co Ltd (TMT), a total of 79,206 vehicles were sold during the festive month of April this year that also marks the Thai New Year. TMT reported that the passenger car (29,888 units) and commercial vehicle (49,318 units) markets enjoyed growth of 17.2 per cent and 30.6 per cent respectively thanks to positive factors.
TMT executive vice president Vudhigorn Suriyachantananont said Thailand’s export and tourism sectors have helped boost auto sales this year, apart from the new models and attractive sales promotions provided since early 2018.
During the first 4 months of the year, a total of 316,299 vehicles were sold, an increase of 15.5 per cent compared to the corresponding period last year.
“The passenger car market grew by 13.3 per cent and the commercial vehicle market grew by 16.9 per cent,” he said.
“Due to the fact that Thailand’s economy is continuously showing signs of improvement, in addition to special low-interest/long installment plan offers from automobile and finance companies, it is easier for consumers to make purchase decisions. And although some consumers may still be concerned about the political situation in Thailand and international politics, we don’t expect it to affect the automobile market much,” he added.
The first 4 months saw the “Big Three” auto companies in Thailand (Toyota, Isuzu, Honda) battling it out in the passenger car and commercial vehicle segments.
In the passenger car market, Toyota leads the market with 33,463 units sold from January to April this year (8.7 per cent increase, 27.9 per cent market share), followed by Honda with 29,660 units (0.7 per cent decrease, 24.7 per cent market share). Mazda, enjoying “Zoom-Zoom” sales growth with the Mazda2 and CX-5 models, is in third position with 14,754 units (33.5 per cent increase, 12.3 per cent market share).
Meanwhile, Isuzu maintains its leadership in the commercial vehicle market with year-to-date sales aggregate of 59,080 units (9.8 per cent increase, 30.1 per cent market share), while arch rival Toyota is trying to catch up with 54,039 units (17.9 per cent increase, 27.5 per cent market share). American automaker Ford has delivered an impressive performance, despite currently being sued by 300 Thai customers for faulty PowerShift transmissions and other problems in the Fiesta subcompact, selling 22,346 Ranger pickup trucks and Everest PPVs (35.2 per cent increase, 11.4 per cent market share). 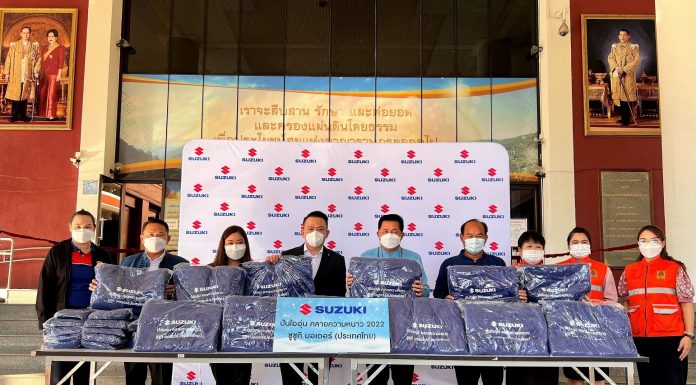