Vietnamese automaker VinFast plans to launch three models in the Asean market, with planned production of as much as 500,000 units within 2025, the company announced.

VinFast is the automotive unit of Vingroup, which is Vietnam’s largest business conglomerate. VinFast cars are manufactured at an all-new, purpose-built, state-of-the-art 335-hectare plant in Hai Phong, northern Vietnam. It is one of Vietnam’s biggest industrial projects ever, boasting an initial investment of US$3.5 billion.

Models that have been introduced at the Paris Motor Show last year and are now being produced include the LUX A2.0 saloon and LUX SA2.0 SUV.

Both models feature Italian design and European engineering similar to BMW AG, with the platform being provided by Magna Steyr, while vehicle systems and latest-generation ECU technologies come from Bosch.

The suspension on both the new LUX A2.0 and LUX SA2.0 is independent all round, comprising a double-wishbone front axle with double-pivot lower arms and coil springs, and at the rear a five-joint multi-link axle and a tubular anti-roll bar, BMW style.

Austrian-headquartered AVL supplies the engines, which come with uses a twin-scroll turbochargers and a new valvetrain. VinFast says that the variable valve-timing system in these engines reduces pumping losses to a level that matches that of premium-marque engines.

Control mechanisms for the powertrain – which will also feature stop-start technology and a specifically-developed variable valvetrain system – are supplied by Bosch and AVL.

There are two power and torque output levels from the turbocharged 2.0-liter direct-injection petrol engine – 176 PS/300Nm and 231 PS/350Nm. Buyers of the LUX A2.0 sedan will have a choice of both outputs, while the LUX SA2.0 SUV will be available only with the higher output motor.

All engines are paired with an eight-speed automatic transmission from gearbox specialist ZF, featuring a modified bell housing and crank case. The LUX SA2.0 is also equipped with a torque transfer case from Borg Warner to provide optional four-wheel drive capability as an upgrade over the standard rear-drive set-up. 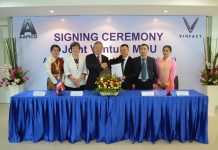