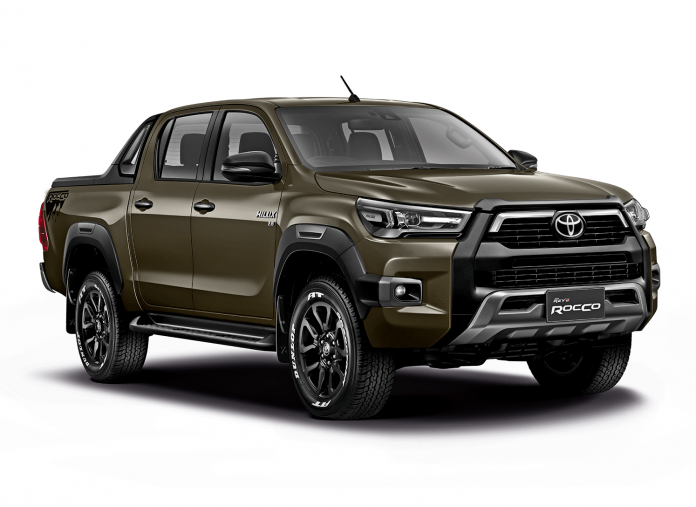 Toyota is hoping that the facelift and extensive equipment upgrade in the 2020 Hilux and Fortuner will help it regain the lead in the 1-ton pickup truck and PPV (Pickup Passenger Vehicle) segment that is currently dominated by arch rival Isuzu.

During the first 4 months of this year, Isuzu leads Toyota by a considerable margin with 45,887 vehicles sold against Toyota’s 39,752 vehicles.

Struck by the Covid-19 pandemic, the automobile market is not expected to recover any time soon, but the war in the pickup and PPV market will surely heat up dramatically, with auto makers scavenging for any demand through product improvement, equipment upgrade as well as price discounts.

According to Toyota, the product design and development of the 2020 Revo and Fortuner has been carried out in Thailand by local designers and engineers. This could help Toyota come up with a design that appeals more to the taste of Thai customers.

The front end gets a more aggressive styling and now features bi-beam LED headlights. At the end, the tail lights are directional LED that is more up-to-date.

An 8-inch touchscreen with Apple CarPlay and new dashboard design are among the interior upgrades across the board.

Toyota says that the suspension has also been re-calibrated to offer a higher comfort level, while maintaining a high level of payload capabilities.

Output from the 2.8-liter turbo diesel engine in the top models has been increased to 204 horsepower and 500Nm, putting the Hilux in the same league as the Ford Ranger Raptor (213hp and 500Nm). The power increase comes courtesy of new fuel injectors and a larger turbocharger for the 1GD-FTV engine.

Toyota said fuel economy has been improved for both the 2.8-liter and 2.4-liter models, but did not state fuel consumption figures.

The power steering is speed-sensitive, and off-road models also get steering position displayed on the TFT screen.

The Revo also gets an intelligent package for the first time, including pre-collision warning, dynamic radar cruise control and lane departure warning.

The Fotuner gets more additional features too, such as 360-degree parking camera, powered tailgate with foot gesture function and wireless phone charger.

According to Toyota, there’s also a sport mode that beefs up the throttle and power steering, offering a higher level of driving enjoyment.