The eight-generation VW Golf not only looks great, but the new subcompact from Wolfsburg comes with a bunch of digitalized features too.

The world premiere of the new model was staged on October 24 in Germany, where sales are scheduled to commence in December.

With the new Golf, Volkswagen is moving to digitalized, self-explanatory operation. Klaus Bischoff, Head Designer at Volkswagen: “In a world where complexity is ever-increasing, the new Golf allows the driver to operate the vehicle intuitively.”

He said practically all displays and controls are digital. “The new instruments and online infotainment systems meld together into a display landscape featuring touch buttons and touch sliders. A windshield head-up display is optionally available.”

The new Golf will be available in no less than five hybrid drive versions, according to VW. It also comes with 48V technology comprising of a belt starter generator, 48V lithium-ion battery and the latest generation of TSI engines form a new mild hybrid drive in the eTSI.

The new Golf will also be available as two plug-in hybrid drive variants – A new efficiency version generates 150 kW / 204 PS while the sporty GTE delivers 180 kW / 245 PS. Both Golf versions with plug-in hybrid drives will launch with a new 13 kWh lithium-ion battery on board that enables larger electrically powered ranges of approximately 60kms, and temporarily turns the Golf into a zero-emissions vehicle.

According to VW, the new TSI variants have particularly low consumption values and emissions thank to innovations such as the adopted TSI Miller combustion process. For the TDI powertrains, VW says it uses twin-dosing technology (two SCR catalytic converters) to significantly reduce nitrogen oxide emissions (NOx) by up to 80 per cent; in addition, TDI consumption is lowered by up to 17 per cent compared with its predecessor.

The standard OCU (online connectivity unit) featuring integrated eSIM links to “We Connect” and “We Connect Plus” online functions and services. The new Golf is also the first Volkswagen to connect with its environment as standard, via Car2X: signals from the traffic infrastructure and information from other vehicles up to 800 metres away are notified to the driver via a display. The Golf also shares these warnings with other Car2X models. Swarm intelligence is becoming a reality, representing the beginning of a new phase of traffic safety, VW said. 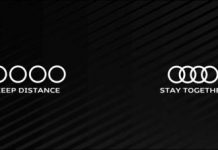 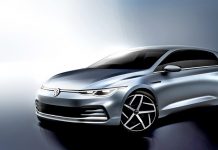 Ford to sell iconic Mustang in Thailand this October