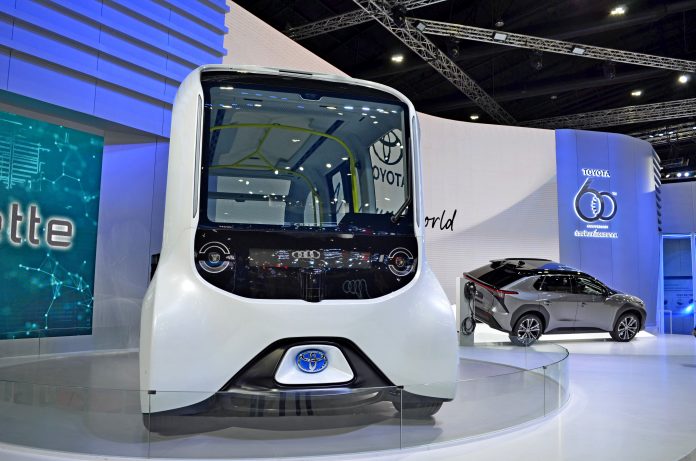 A total of 35 automobile and motorcycle brands are taking part in this year’s Bangkok International Motor Show (BIMS) from March 23 to April 3 at IMPACT Challenger Muangthong Thani.

Electric vehicles are making a strong presence at the show this year, with 20 models being displayed, along with a large number of all-new and minor change models.

On March 24, Honda also held the global unveiling of its new Civic Hybrid at the BIMS, with the new model to be officially sold during the mid-year period.

Thanks to the new excise tax structure announced by the Thai government to help promote EVs, retail prices of EVs in the Thai market have dropped significantly. For example the MG EP Plus, previously priced at Bt998,000, gets a Bt227,000 discount and now retails at only Bt771,000.

Dr Prachin Eamlumnow, chairman of the organizing committee, said the Thai automobile industry is recovering this year, after the market was hit hard by the Covid-19 pandemic during the past two years.

“This year government agencies forecast that automobile and motorcycle production in Thailand will grow compared to last year,” he said. “Many countries around the world have been able to control the spread of Covid-19 and this has allowed people to return to normal life while the economy is able to move forward again.”

“At the same time, Thailand’s automotive industry is preparing for a major technological transition from internal combustion engine technology to electric technology. And there is crucial support from the government in terms of production for domestic use and for export. The Bangkok International Motor Show plays an important role in driving the Thai automotive industry, by presenting a large variety of electric cars and motorcycles, including a special zone to showcasing future technologies,” he added.

In addition, Arun+, belonging to the PTT Group, is taking part in the BIMS for the first time by presenting a new generation of electric vehicle platforms, electric vehicle-related equipment and presenting future business trends related to electric vehicles on an exhibition area of ​​more than 1,085 square meters.

“Would-be car buyers can choose a car and test drive it in interactive format via personal mobile phone, which creates a new experience for our visitors,” he said. 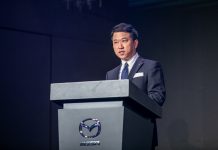