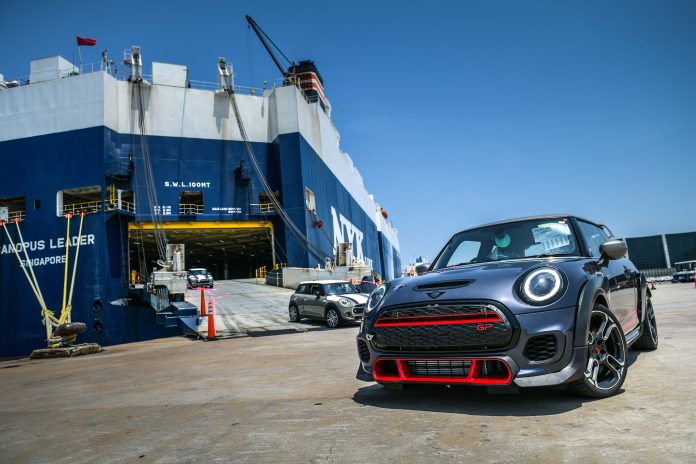 Thailand has been allocated 30 units of the special-edition MINI John Cooper Works GP priced at whopping Bt4.2 million (US$129,507) due to high import duty, but they have all been taken.

The first 5 cars arrived the Kingdom earlier this week, and the remaining 25 will be delivered to customers within this year, MINI Thailand general manager Preecha Ninatkiattikul said, adding that additional customers will have to join a waiting list for the next lot.

Each car has a specific production number displayed on the side, ranging from 0001 to 3,000, the total number to be produced for this model. Preecha said that among the 30 units for Thailand, there are several auspicious numbers (including triple numbers). A charity auction for these lucky numbers is planned, with proceeds going to the COVID-19 campaign.

In terms of exterior looks, the front end of the JCW GP is highlighted by the front “Blackband” apron with lips and huge rear spoiler that team up to lower front and rear lift, giving the car improved high-speed traction.

Meanwhile, the wheel arch panels are made via a special process and with a material combination used for the first time by the BMW Group consisting of a thermoplastic substructure and an outer shell made of carbon fiber-reinforced plastic (CFRP) with running number on wheel arch similar to racing cars.

The interior gets GP treatment with sports seats and a good number of parts made with 3D printing technology.

The instrument panel features a 5-inch digital (compared to analog meter in previous JCW’s) and plus the standard 8.5-inch center display on the console. There’s a bunch of infotainment features offered by the MINI Connected system.

The JCW GP is powered by the same 2.0-liter twin-turbo engine delivering 306hp as other JCW models previously offered, but the top speed limiter has been unlocked, allowing it to go all the way to 265km/h. Acceleration from 0-100km/h takes 5.2 seconds, and average fuel economy is claimed at 13.3km/liter.

The sports suspension comes with new damper settings and springs, plus camber adjustments compared to other JCW models.

MINI says that in order to increase agility, the track widths were increased while the body has been further lowered by 10 millimetres as compared to the MINI John Cooper Works, and the body rigidity has also been increased for sharper control. Meanwhile, the braking system has been beefed up with 4-piston fixed-caliper disc brakes in front. There are also lightweight 18-inch wheels with 225/35 tires.

In addition, the Dynamic Stability Control system also offers a GP mode hat can be activated by means of a toggle switch. According to MINI, this setting “raises the thresholds for stabilizing interventions on the part of the braking system and engine control system. In combination with the (torsen) mechanical differential lock, this provides even more intense support for the agile handling”. 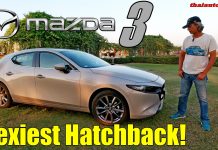 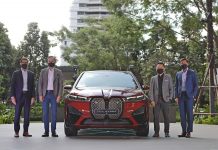