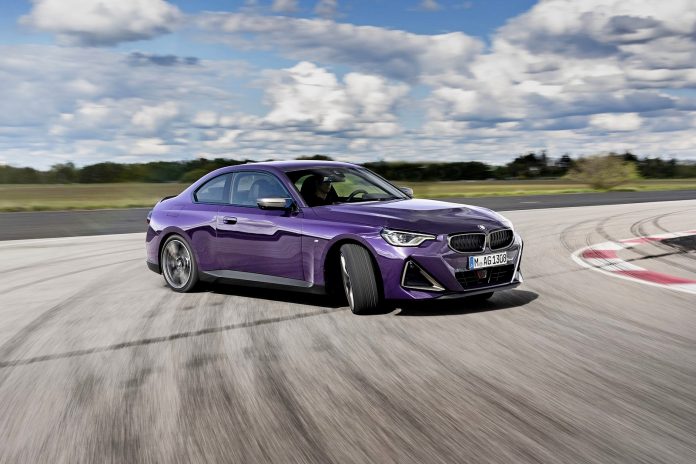 While it is bigger and comes with more powerful engine choices than its predecessor, the new 2 Series Coupe, unlike the new 4 Series, still has a rather small front kidney grille, and is still available in rear-wheel-drive. There’s also an all-wheel-drive xDrive version at the top of the lineup.

Well, good news is that BMW says the xDrive system in the new 2 Series is rear-wheel-biased so owners can still enjoy drifting the car, something the 2 Series has been famous for over the years.

The kidney grille has been redesigned, however, and apart from the different shape now features air flaps instead of the usual grill bars. There are individual circular headlights on each side, something to remind us about the BMW 02 models from the past.

Driving excitement is the name of the game for the 2 Series. The new model maintains the ideal 50-50 front-rear weight distribution, 50 per cent less lift thanks to improved aerodynamics and 30 per cent more negative camber at the front axle. Apart from the driving dynamics, the suspension setup also adds to the sporty character of the 2 Series, which of course still comes with those large and intimidating wheel arch flaring.

Compared to the outgoing model, the new M2, featuring the classic three-box design (that has been around since the BMW 02 model) is as much as 105mm longer and 64mm wider, while the wheelbase has been lengthened by 51mm. It also sits 28mm lower, with wider tracks front and rear.

BMW says that the new M2 gets suspension technology borrowed from the 4 Series, tuned further to match the new body. It comprises of front struts and rear multi-link, with a large number of options for various trims, with Adaptive M suspension with electronic dampers for the range-topping M240i xDrive Coupe that also comes with 19-inch alloy wheels.