A total of 14 vehicles will contend for the prestigious Thailand Car of the Year (TCOTY) 2018/2019 awards, and this year the competition is extra-fierce.

Our bet is on the Mazda3 due to its heart-melting design and impressive driving manners, although the handsome guy will have to battle it out with the Toyota Corolla Altis that is available in hybrid version and offers superior fuel efficiency.

Toyota also has another entry, the Commuter van, a local favorite for the van market.

The Honda Accord is another model that’s available in hybrid form. Its arch rival the Toyota Camry is also in with a hybrid version too.

MG has two contenders this year – the HS sport-ute and the Extender pickup truck, while the two Peugeots namely 3008 (which actually won the European Car of the Year award in 2017) and 5008 will represent the French side.

The two Peugeots are made in Malaysia, but qualify for the Award as Asean-made vehicles are allowed to participate.

Which means that the Chevrolet Captiva made in Indonesia also qualifies for this year’s race.

Germany’s BMW X3 is another dark horse to look out for, although its luxury car pricing might let it down.

The Subaru Forester is now assembled locally rather than being imported from Malaysia like in the past.

Last but not least, Suzuki is well-represented with two models from Indonesia – the Ertiga small MPV and the Carry commercial truck.

The Thailand Car of the Year award is organized by the Thai Automotive Journalists Association (TAJA) for the fifth year.

A preliminary voting by members will reduce the number of eligible vehicles to seven, with a one-man one-vote system. The 7 finalists will then be tested by TAJA members on November 13 in Bangkok.

The final results will be announced at a special ceremony to be held in late November. 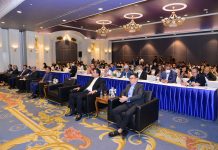 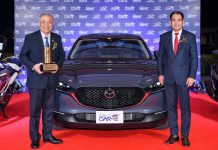