Kajang, Malaysia –The Hyundai IONIQ Hybrid, Toyota Rush and Toyota C-HR all earned 5-star ASEAN NCAP ratings after passing the crash tests with flying colors.
In a release from ASEAN NCAP which is based in Malaysia, the three models were tested during the second quarter of 2018.
Tested under the 2017-2020 system, the IONIQ Hybrid, which was recently launched at the Bangkok International Motor Show, scored 91.98 points to secure the 5-star rating.
ASEAN NCAP said, “The model’s total score comprised 46.34 points over 50.00 for Adult Occupant Protection (AOP) category, 21.48 points over 25.00 for Child Occupant Protection (COP) and 24.17 points over 25.00 for Safety Assist Technologies (SATs). The model is currently available in Malaysia and Singapore market, fitted with seven airbags, it has effective braking and avoidance technologies such Electronic Stability Control (ESC) and Seatbelt Reminder System (SBR) including for rear passenger standard across all variants. In addition, the IONIQ also offers several advance safety technologies for both market such as Autonomous Emergency Braking (AEB) for City, Inter-Urban and Vulnerable Road Users technologies, Lane Departure Warning (LDW), Forward Collision Warning (FCW) Systems and Lane Keep Assist (LKA).”
For the Toyota Rush, which is tested for the second time using new regulations, scored slightly better results this time with 84.03 points, allowing it claim a 5-star rating.
“Based on the overall score, the new Rush obtained 43.25 points for AOP, 21.33 points for COP and 19.44 points for SATs categories. The model has made tremendous improvement by installing ESC, Antilock Braking System (ABS) and SBR for frontal and rear passengers as standard fitment,” it stated.

Meanwhile, the Toyota C-HR, which is a highly-popular model for the Thai market, performed better than its station wagon cousin, scoring 91.31 points.
“For the AOP category, the C-HR scored 49.72 points, it achieved 20.86 points for COP and 20.73 points for SATs. Other than being equipped with seven airbags, the C-HR also has ABS, ESC and SBR for frontal occupants fitted as standard in all variants,” ASEAN NCAP stated.
The Toyota C-HR also comes with other advance safety technologies namely AEB for City, Inter-Urban and Vulnerable Road Users technologies, LDW, FCW and LKA. But these are only offered for the Singapore and Thailand market, it added. 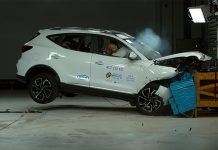 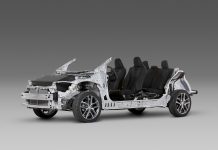