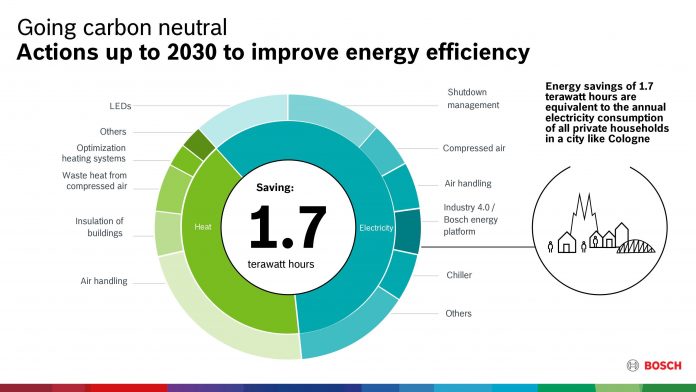 In view of the increased challenges resulting from climate change, automotive parts supplier Bosch Group has set an ambitious target for its worldwide operations with an aim to become carbon neutral by 2020.

Bosch stated in a press release that the company started to reduce its carbon footprint “a long time ago and much of the preparatory work has paid-off”.

It announced that beginning this year, the group will no longer have a carbon footprint from its operations. Bosch is also calling on others to contribute to achieve the same targets.

“Not having a carbon footprint means that Bosch will have no overall impact on carbon-dioxide levels in the atmosphere. As an industrial company, there are many areas where emissions are unavoidable.

But, by 2020, Bosch will have counteracted all of its carbon emissions. Over the next decade, or by roughly 2030, the group expects further improvements in regards to climate protection by building on the important measures that are being applied, the press release stated.

“When it comes to the climate, words are not enough. Companies need to aim for carbon neutrality, here and now,” said Dr. Volkmar Denner, Chairman of the Board of Management.

“It factors in all carbon emissions produced by burning fossil fuels such as gasoline, diesel, heating oil, natural gas, and coal, as well as all industrial gases which the company uses for its processes, such as welding. It also includes indirect carbon emissions attributable to energy consumed in the form of electricity, district heating, and steam,” he said.

Denner added that Bosch will be focusing on a comprehensive approach to energy efficiency and generating energy from renewable sources to achieve carbon neutrality. These two factors constitute the major levers for achieving its climate goal. By 2030, Bosch wants to save 1.7 TWh of energy and generate 400 GWh of its energy needs from its own renewable resources. In order to support the measures financially, the board of management of Bosch approved an annual budget of 100 million euros for the period from 2018 to 2030.

Bosch is emphasizing clean energy right from the start. The company will source “green” electricity from existing renewable energy generation facilities with their corresponding guarantee of origin, and also ensure that quality measures are in place. By 2030, the group will be focusing on new clean power, including exclusive long-term purchasing agreements with investors in new renewable energy generation facilities, e.g. wind turbines or solar parks, to ensure this path is aligned with its commitment.

Another lever to achieve its climate goal is through offsetting measures (carbon credits) for CO₂ emissions from combustion processes, e.g. heating, process heat. In countries in which the levers described above are not sufficiently available to achieve carbon neutrality, e.g. where green electricity can only be purchased to a limited extent, carbon offsets are also necessary.

“Bosch will be the first major industrial enterprise to achieve complete carbon neutrality by 2020, as we prioritize our efforts on improving the energy efficiency of our plants and buildings. This will enable us to reduce energy consumption and conserve resources over the long-term. Bosch is also stepping up its investments in renewable energy and new clean power to move forward in transitioning to sustainable energy,” he added. 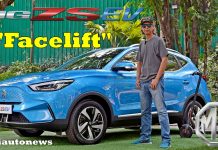