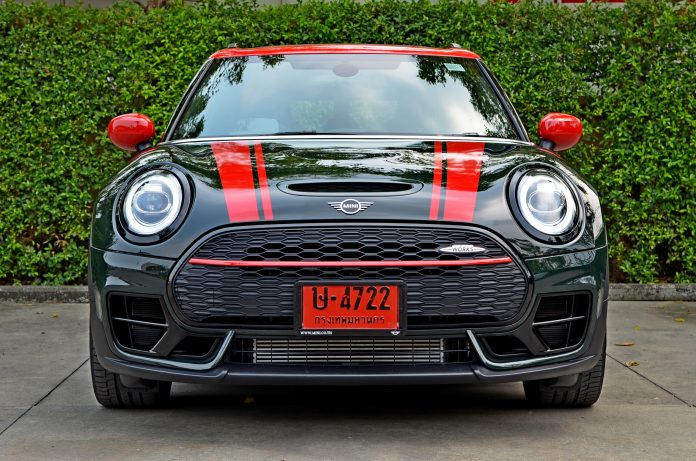 Die-hard MINI fans have something exciting to talk about – the 2020 John Cooper Works (JCW) Clubman.

Why? Because it’s the first time in history that the diminutive MINI brand is offering a model with more than 300 horsepower.

The engine, which is also shared with other JCW and BMW models (such as the M135i), can propel the 1,550-kg JCW Clubman from 0-100km/h in 4.9 seconds (1.4  seconds faster than the previous model) to an electronically-limited top end of 250km/h. MINI claims an average fuel economy of 13km/l for this model.

The direct-injection turbo engine offers spontaneous response, and with the large amount of torque on tap from 1,750 right up to 4,500rpm, you don’t even need kickdowns to overtake on the highway. Engage the sport mode and the throttle response becomes instantaneous, making the JCW Clubman even more agile.

There’s also a new exhaust system featuring a new 95mm tailpipe on each side that adds plenty of excitement. Revving up the JCW Clubman and playing around with the gears was really fun!

High power and front-wheel-drive don’t go well together that’s why the power from the turbocharged engine is delivered via an 8-speed automatic transmission (with mechanical lock up to 39 per cent between the front wheels) to all four wheels when needed, courtesy of the ALL4 system. This gives the JCW Clubman added traction on the road, both during takeoff and cornering. It is simply easier to transfer the large amount of torque to the ground when accelerating out of corners.

This is a track-ready car – the engine not only gets added turbo boost pressure to achieve the outstanding output figures. Internal components (crankshaft, pistons, etc), as well as the race-developed cooling system (there are two radiators) have also been upgraded to withstand high-revving conditions like driving in a circuit. And there’s a launch control too, giving you that extra push in the back during track day starts.

The body also gets additional reinforcements, as well as the engine mount and chassis fastening. The more rigid body ensures crisp control and increased cornering precision.

The front strut and rear multi-link suspension setup (with 19-inch rims wearing 235/35 tires)  has gone through intense tuning by the JCW team – it’s 10mm lower than the standard setup and comes with revised damping, DSC and steering settings oriented towards sporty driving. The steering is electrically-powered and is pretty light especially at low speeds.

Despite the sporty settings, the ride quality isn’t too bad though, with some levels of comfort being offered when running over ruts and potholes. It’s actually very drivable on public roads – the older JCW models came with much harder suspension. The turning circle isn’t too generous despite being a MINI, at 11.3 meters.

Large inner-ventilated discs all-round (360mm front, 330mm rear) with 4-piston calipers, offers powerful deceleration. MINI says that the braking system has been designed to maintain fade-free performance even under intensive use, such as in a track.

There is an analog speedo meter right behind the steering wheel, with a small area dedicated for the tachometer, which looks kind of weird for a track-focused car. Actually it should be the other way round – a large rev counter in the middle and speedo elsewhere.

In the past MINI’s were well-known for shabby interiors, but the new generations now have better quality, with chrome and piano black finishes offering an elegant touch. A nice feature is the fighter jet-styled red ignition button that slowly blinks, like it’s calling on you to fire up the engine.

The electronic gearshift lever is totally BMW style, and that kinds of put me off a bit (although it works perfectly). There are also shift paddles behind the steering wheel.

Meanwhile, there’s considerable space inside (especially when compared to the Cooper S model that suffers from lack of luggage space) and the convenient closet-type doors at the rear pop open by pressing the button on the remote.

The Clubman is 1.8 meters wide, but sadly you can’t put a golf bag across the luggage compartment, and you’ll need to fold down one of the rear backrests. The standard luggage capacity is 360 liters, which can be expanded to 1,250 liters with the rear seat backrests all folded down.

With so many things being said about the MINI JCW Clubman, the real bad news, however, seems to be the high retail pricing of Bt3.648 million, which will definitely raise eyebrows. However when compared to the Cooper S Clubman (MINI YOURS EDITION) with just 192 horsepower priced at Bt3.3 million, suddenly the JCW Clubman now seems like a good bargain considering the much higher specs.

In conclusion, I’d say that for MINI fans who want to go the full distance and have the means, the John Cooper Works Clubman might just be the right model. 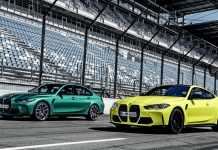 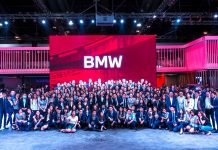 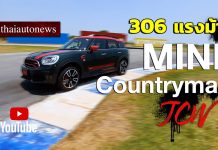