Bangkok, Thailand – Mercedes-Benz is expecting sales of the Mercedes-AMG GLC 43 to rise dramatically thanks to the decision to start local assembly from CKD components.
In a posh launch event on Tuesday, Mercedes-Benz announced that the GLC 43 4MATIC CKD is now priced at Bt4.69 million, down from Bt5.79 for the CBU version previously offered.
The German auto maker is enjoying tremendous popularity with its Mercedes-AMG lineup, which was previously offered only in completely imported form. But the company has started to assemble high-potential models such as the C43 Coupe in February this year.
It was a success, as total Mercedes-AMG deliveries during the first half of this year shot up by 179 per cent compared to the same period last year, according to Michael Grewe, president and CEO of Mercedes-Benz Thailand Ltd.

Thailand is the second country in the world to assemble AMG vehicles after Germany, but the concept is being implemented in other countries such as Malaysia, which also offers the CKD C43 and GLC43 assembled in Malaysia.
Currently in Bangkok the GLC43 is being highlighted at StarFest 2018, a Mercedes motor sales event held from July 18-22 at Central World.

It comes with a 3.0-liter bi-turbo V6 engine that pumps out 367hp and 520Nm (2,500-4,500rpm), has a 9-speed automatic transmission, and accelerates from 0-100km/h in 4.9 seconds. The top speed is claimed at 250km/h, which makes it a very fast compact crossover.
The exterior features sporty AMG body styling kit, intelligent LED lighting system, 21-inch AMG rims, AMG spoiler and exhaust. It also gets the AMG sports suspension with AIR BODY CONTROL and special tuning to maximize robustness. 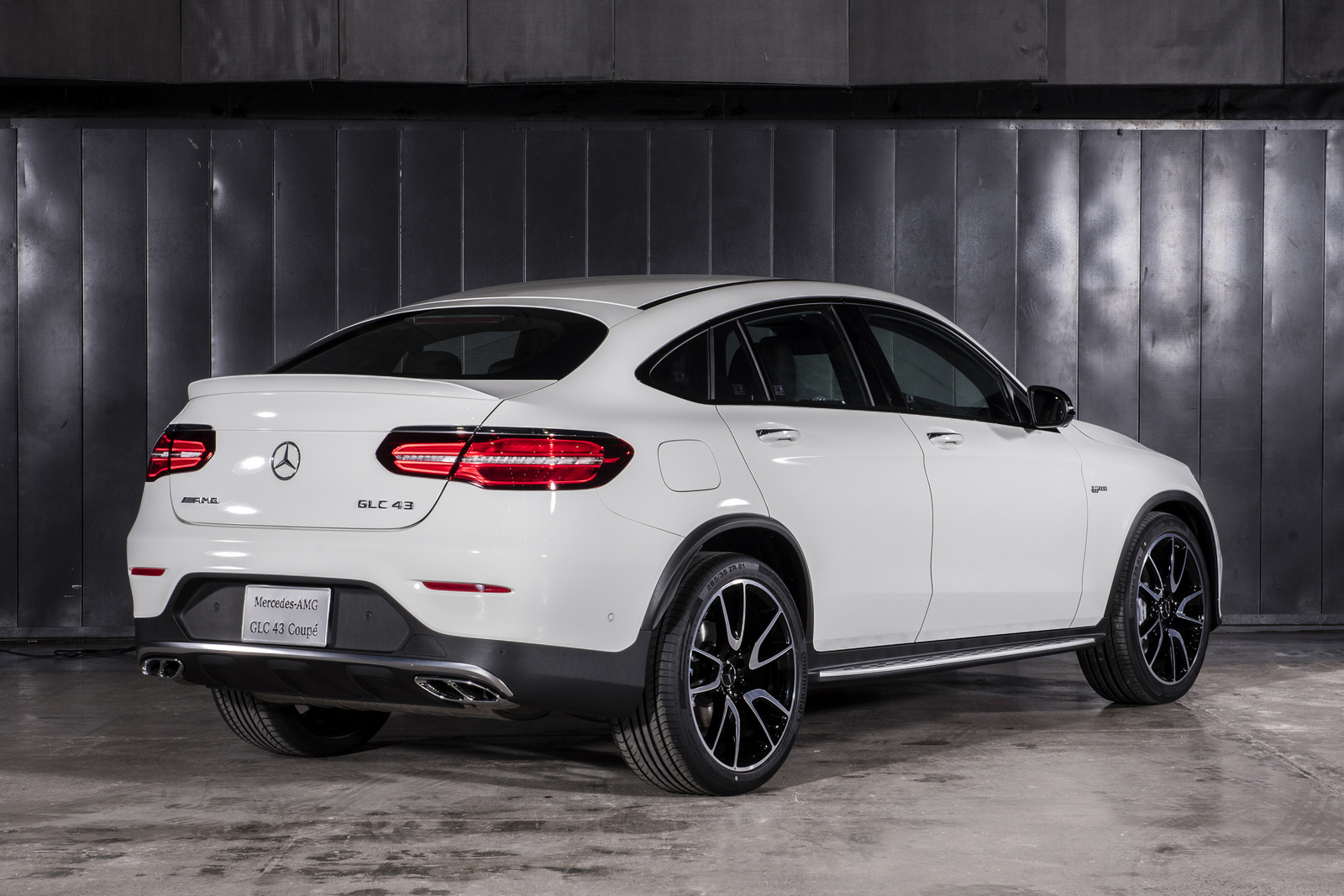 The interior features carbon fiber trim throughout the cabin plus a high-end Burmester surround system. Navigation come as standard. For the CKD version, Apple CarPLay and Active Distance Assist DISTRONIC are added to the equipment list compared to the CBU model.
The Active Distance Assist Pilot DISTRONIC is a smart radar cruise control system that maintains the safest distance from the vehicles ahead based on the GLC43’s current speed, by means of adjusting the throttle and applying the brakes (as much as 50 per cent braking pressure if necessary). And Mercedes claims that it works up to 200km/h!
Mercedes-AMG products are offered at only 11 authorized dealerships in Thailand. 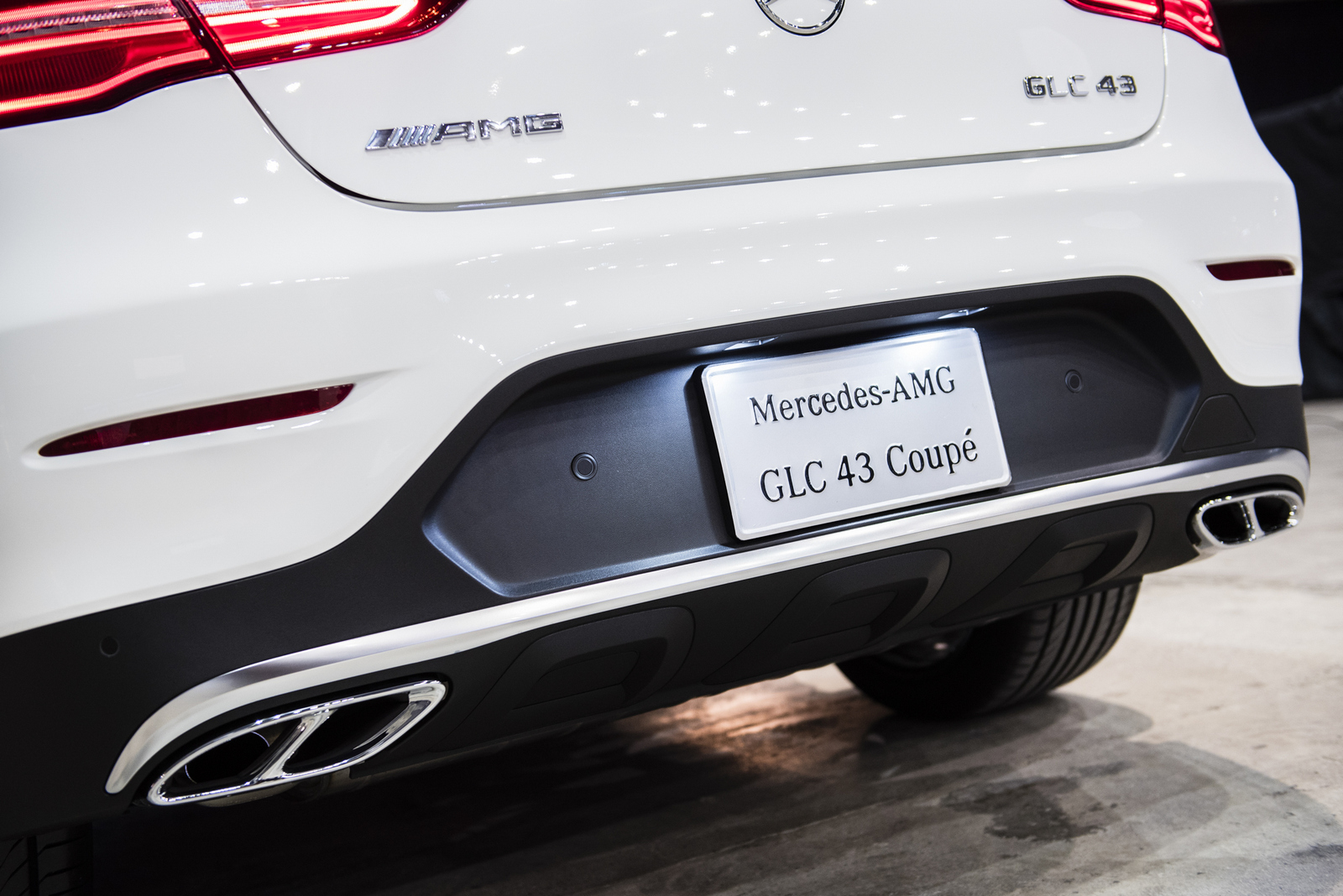 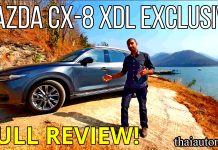 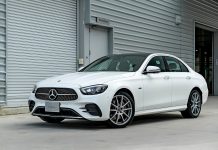 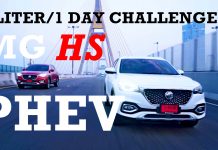