Just 4 years after Audi Thailand was established, the German automaker is challenging rivals in Thailand with the official introduction of the upmarket RS lineup.

While BMW’s M and the Mercedes-AMG performance sub-brands have been well-established in Thailand over the years, Audi has never offered its own high-powered RS lineup here before.

But in July this year, Audi delighted die-hard fans by officially launching the RS badge and three RS models for the first time in the Kingdom. They include the TT RS Coupe quattro (Bt5.299 million), RS4 Avant quattro (Bt5.899 million) and the RS Q8 quattro (Bt10.899 million).

Although the three models are fully-imported and suffer from high taxation, the official prices were much lower than expected.

“We discussed with Audi AG the fact that if we priced the RS models at the usual range, we’d probably sell just a few units,” Grisanagorn Sawettanan, Audi Thailand CEO, said.

“But with support from Audi AG and lowering our profit margin, we were able to adjust the pricing of the RS models to a more affordable level, which will help us sell many more cars in the long run, “ he added. “This will then be a successful and profitable introduction for the high-performance Audi RS lineup in Thailand.”

But is it easy to lower prices just like that?

According to Grisnagorn, Audi Thailand, despite investing in a Bt1-billion headquarter in Bangkok, is a much smaller company compared to rivals such as BMW and Mercedes, with both German luxury carmakers investing heavily in local assembly operations as well as PHEV battery factories here.

“We are not losing money on each RS car we sell, but we are just earning smaller profits than our competitors, who are bigger companies here are have much higher operating cost and require a larger profit margin,” Grisnagorn, a former veteran executive at Mercedes-Benz Thailand, stated.

Mercedes is by far the most successful luxury brand in Thailand, and its performance models are also the best-selling among the three German brands.

Thanks to local assembly of mainstream Mercedes-AMG models that led to lower retail prices (for example as much as Bt1 million discount in the C 43 model), the company was able to grow AMG sales dramatically in Thailand during the past 2 years.

In 2019 sales of the Mercedes-AMG brand in Thailand surpassed 1,000 units (from a total of 15,000 Mercedes vehicles sold in Thailand), and during the first half of 2020, more than 500 units have already been sold, despite a sharp 37-per cent decline in the Thai auto market due to the economic glitch sparked by the Covid-19 pandemic.

However BMW sold 4,128 vehicles during the first 6 months of this year to lead the luxury market while Mercedes trails with 3,981 units.

Audi Thailand, meanwhile, sold close to 3,000 cars in total since 2018 (1,000 units during the first 8 months of 2020), and is expanding its sales and service network across the country. Spare parts revenue is expected to grow from Bt15 million during the first year to Bt150 million in 2020, according to Wallop Chalermwongsavech, Audi Thailand’s after sales chief.

“During the first year we had only 10 technicians but this year the number has increased to 73 , and we are about to open new facilities on Rajpruek road as well as in Udon Thani within the next 6 months,” he said.

“As for service and spare parts rates, Audi Thailand’s policy is to provide competitive pricing compared to our rivals. For example the cost for an oil change is very cost-effective compared to other brands in the same market segment, and fast-moving/replacement parts are priced at the same level as others. We try to compete in the market the best we can – even private garages order spare parts from Audi Thailand,” Wallop added. 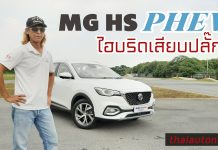 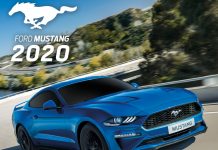 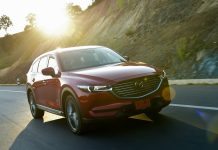 More than 600 units of new Mazda3 delivered to customers