While the design of the new Honda Jazz has been highly criticized by die-hard fans around the world, Toyota’s new Yaris is set out to please customers with its attractive new styling.

Introduced at the Tokyo Motor Show on October 22, the new Yaris is scheduled to go on sale in Japan starting in mid-February 2020, as well as global markets including Thailand. However Thailand could get a different design and specs to suit the Thai Eco Car regulations, just like the current version.

Toyota said it has re-designed the platform and all major components of the Yaris, including the engine, transmission, and suspension to achieve increased cabin space and improved basic performance while maintaining a subcompact size.

As much as 50kgs has been shed off compared to the previous model, with 30 per cent increased torsional rigidity and 15 per cent lower center of gravity. This usually equates to improved handling and roadholding, which would be a delight for Toyota fans.

The new Yaris adopts the TNGA platform, on which Toyota will base its compact cars for developed countries in the future, and features components built entirely from the ground up, including the engine, Hybrid System, transmission, and suspension. Toyota said in addition to the light yet highly rigid body and low center of gravity, the Yaris is offered with four different powertrains. They include:

Meanwhile, the new-generation 1.5-liter Hybrid System (adopted by Toyota for the first time) achieves greater fuel efficiency by enhancing the efficiency of the entire system and by adopting a dedicated engine designed for the Hybrid System and the other newly developed hybrid units. In addition to achieving the world’s highest level of fuel efficiency for a hybrid vehicle, acceleration has also been enhanced.

The new Yaris is offered with E-Four (electric four-wheel drive system), a first for a Toyota compact car. The transmission features a newly-developed Direct Shift-CVT unit with a launch gear adapted to the new 1.5-liter engine. Toyota says that this greatly improves transmission efficiency at low speeds compared to the existing CVT, and achieves direct and smooth driving according to accelerator operation and excellent fuel efficiency performance.

In the 1.0-liter model, there is also a newly-developed CVT that’s smaller and lighter than previous models and has improved fuel efficiency performance.

The suspension comprises of McPherson struts up front and torsion beam at the rear (double wishbones for the hybrid model).

Another cool feature is Advanced Park, Toyota’s advanced parking support system (a first for a Toyota vehicle); the latest Toyota Safety Sense, which has been expanded to detect oncoming cars when turning right at an intersection and pedestrians crossing the street when turning right or left; Turn Tilt Seats (another first for Toyota) which facilitate entering and exiting the vehicle; and Display Audio (standard on all models), with smartphones connectivity. All models come standard with a high-mounted Display Audio (DA) and Head Up Display (HUD).

An accessory power outlet (1,500 W) is available for the hybrid version of the cars. With the accessory, electricity from the vehicle can be used to power electrical devices and appliances using the same type of electrical outlets found at home. Additionally, the vehicle can serve as an emergency power generator in cases such as blackouts.

Chief Engineer Yasunori Suezawa, in charge of development of the new Yaris, said, “This marks the 20th year since the first Yaris debuted, so we wanted to build a new-generation compact car that goes far beyond customers’ preconceptions about class by building on the strengths of the Yaris as a compact car while revamping the platform, powertrain, and all other components. Compact cars are driven by many people, so offering a pleasurable drive was a priority, but it also prompted us to use the Yaris as the starting point of cars with the world’s highest level of fuel efficiency and secure safety technology.” 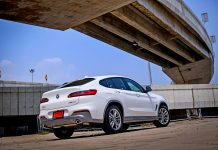 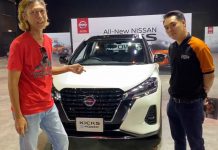 The Rolls-Royce of SUVs is here