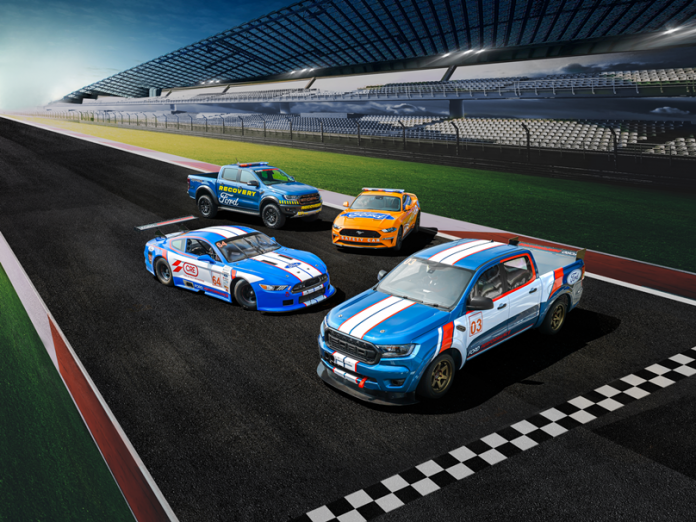 Ford recently announced the official entry of Ford Thailand Racing (FTR), which will compete in local racing events in the Kingdom starting from October 2020.

Ford will participate in the Thailand Super Series (TSS) 2020, to be held at Chang International Circuit in Buriram province from October 31 to November 1, the company stated.

The Ford factory team will compete with a customized and modified Ranger pickup truck in the Thailand Super Pickup series, the American auto maker announced.

According to company executives, Ford considers the Thailand Super Series 2020 as an opportunity to amplify the “Ford Performance DNA” that has been introduced to Thai customers through its Ranger Raptor and Mustang nameplates.

“We’re really excited to be competing in the Thai motorsports and showcase Ford’s expertise in racing,” said Wichit Wongwattanakarn, managing director of Ford Thailand. “Additionally, lot of Ford customers love to modify their vehicles with a performance theme, and Ford Thailand Racing was created with a special emphasis on infusing and showcasing the Ford Performance DNA.”

The FTR team is comprised of Ford manufacturing engineers and race engineers from Corliss Race Engineering (CRE), which is led by Jono Corliss who is the son of Craig Corliss, a New Zealand racer who founded TAV8 Racing in Thailand. TAV8, formerly TA2, is a race class consisting of V8 sports cars originally branched from Trans-Am racing in the United States.

“In TAV8, one of our featured sports cars is the Ford Mustang. The establishment of Ford Thailand Racing and the entry of a customized Ford Ranger pickup is a great opportunity to collaborate and promote TAV8 Racing,” said Craig Corliss. “Our CRE team and the Ford team collaborated on the FTR Ranger Race build and engine specs, and we are looking forward to seeing how our combined expertise performs on the race circuit”

The FTR truck is a customized Ranger double-cab pickup equipped with a 3.2-liter turbo diesel engine, and 6-speed manual transmission, and a number of modifications have been made to the truck to make it eligible for racing.

The body is made with lightweight materials, including the use of aluminum and composite material. A Gurney Lip as well as Front and Rear Diffuser spoilers were attached to improve its aerodynamics. A prototype race suspension technology is provided by Öhlins Asia, a globally recognized performance brand for circuit racing.

Furthermore, CRE race engineers and Ford experts also upgraded its engine, brakes, and the powertrain system. The upgraded Ranger’s powertrain will provide an opportunity to showcase its efficiency and performance in a competitive racing environment.

FTR’s modified Ranger will be driven in the TSS 2020 by an up-and-coming successful racer – Sandy Stuvik. Raised in Thailand, the Thai-Norwegian 25-year-old racer has been involved with motorsport since the age of 4. Sandy has captured championships both in Thailand and Europe, including the GT3 winner cup in the Thailand Super Series 2019.

“I’m super excited to be a part of Ford Thailand Racing team and having a first-time opportunity to race in a pickup,” said Stuvik. “The modifications the FTR team has made with the Ranger, coupled with the extraordinary performance of the Ford powertrain, will put us right in the thick of the competition.”

In addition to the Ranger race vehicle, a Ford Mustang GT will also be driven at the TSS 2020 by team director Kel Kearns, who is registered as a Gentleman Driver to race under TAV8 Series.

Ford is also supporting the race team with Ford Mustangs and Ford Ranger Raptors as safety and recovery vehicles.

“We’re in this competition to win, and we feel very good about our chances with our Ford Performance Ranger, and Sandy behind the wheel,” added Kearns. 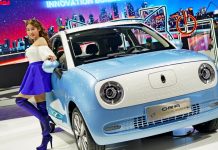 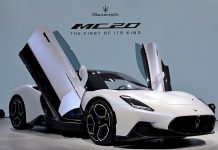 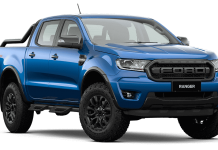