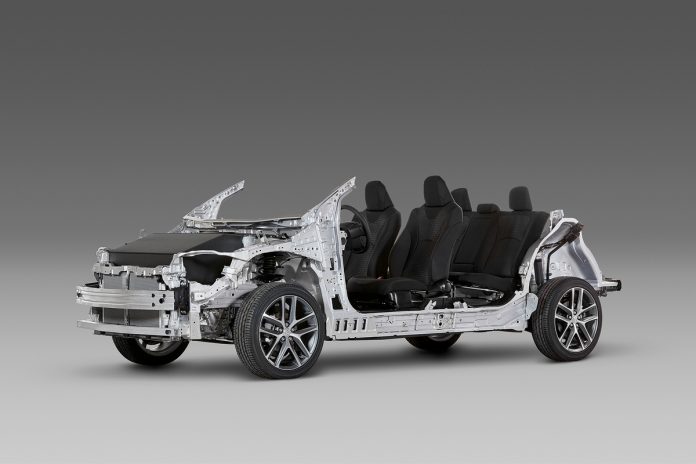 Several years ago, Toyota first announced that it would adopt a new and integrated approach to developing future powertrain components and vehicle platforms, adopting measures which can also greatly improve the fundamental performance and appeal of its cars.
Since then the company has been introducing new models developed with the new TNGA (Toyota New Global Architecture) platform, including the Prius, Avalon, RAV-4, C-HR, Camry and Corolla.
In Thailand, the C-HR and Camry have already been introduced, and are quickly generating sales for distributor Toyota Motor Thailand Co Ltd, the largest auto company in the country.

Toyota says that by grouping vehicle development with strategic sharing of parts and powertrain elements, it aims to lower dependency on resources by 20 per cent or more. And by working even more closely with suppliers, Toyota intends to bring down costs further, making it possible to reinvest in developing advanced technologies and making its products even more attractive.
Toyota said it took the concept of platform sharing to a higher level with TNGA by standardizing components and their lay-out across different vehicle segments, and fully integrating both its manufacturing operations and its suppliers in the new concept at a very early stage.
Through TNGA customers will be able to enjoy more stylish cars that are safer and more enjoyable to drive. At the same time, Toyota will substantially reduce the number and variety of different vehicle components, enabling smarter development and manufacturing that will increase efficiency and save time. 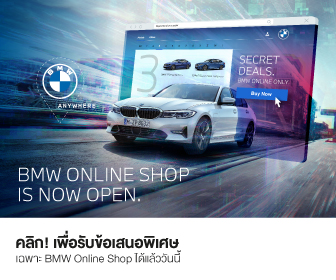 Improved driving dynamics with a low center of gravity
The new TNGA vehicle platforms are designed to achieve a low vehicle center of gravity, a quality that is fundamental to securing a more engaging driving position and more precise and responsive handling, with less body roll. This means better handling can be achieved directly from the quality of the chassis and body without compromising ride and comfort.
TNGA promotes more responsive handling by significantly increasing vehicle body rigidity with strategic use of high-strength steels. The impact of this can be seen in the new Prius, which benefits from a 60 per cent more rigid body shell, with high-strength steel used as reinforcement in key areas. Higher rigidity contributes to better chassis responsiveness and ride quality for a more rewarding driving experience.

Ergonomic excellence in vehicle packaging
According to Toyota, TNGA introduces a new, defined lay-out rules for the position of different components which will simplify vehicle design in key areas without compromising the styling qualities that give each vehicle its individual character and appeal.
For example, the driving components – items such as the pedals, steering column and driver’s seat – will conform to one of five different lay-outs according to vehicle type and platform. Previously much time was spent on millimeter-adjustment to define the most suitable design and arrangement of these components to achieve the optimum driving position in every new model. The TNGA solution will provide an ergonomically ideal combination to suit the vehicle, in line with the floor height provided by the platform. Each lay-out can be further refined with detailed adjustment to the pedal and pedal operation angles and the position and angle of the steering column.

This will be effective whether the emphasis is on sporting character or practical packaging with plenty of rear seat legroom. The five lay-outs cover the requirements of the complete vehicle range, from compact sports cars to SUVs.
TNGA also brings a new approach to the design of the engine compartment, with a focus on placing components lower down in a more rationally organized “clean and tidy” space. This allows for a more attractive, lower hood, which in turn improves safety by giving the driver a clearer forward view. It also helps lower the car’s center of gravity, contributing to better handling and stability and a more engaging drive.

Styling freedom
Toyota says that although the TNGA platform will produce a standardized vehicle architecture and many uniform components, it will not lead to a range of vehicles that are similar in appearance and constrained by their use of shared elements. The impact of TNGA is on areas that are largely out of sight, so that designers retain the freedom to produce cars that are visually distinctive and individual.
TNGA will empower Toyota designers to produce stylish vehicles with a lower stance and more appealing proportions, as can be seen in the new Prius and the CH-R.

Improved safety performance
The new TNGA platforms and designs have prioritized the highest active and passive safety standards, according to Toyota. They are designed to meet the exacting standards of independent crash testing programs worldwide and provide impressive levels of active and preventive safety through the functions and systems of Toyota Safety Sense. And by enabling a lower hood height, TNGA also provides the driver with a deeper and wider view of the road ahead.

Smart development and manufacturing
Toyota said that TNGA is not only helping the company create better cars, it also has a direct, positive impact on product development and manufacturing. In the most significant changes yet to the Toyota Production System, TNGA will ultimately lead to vehicle factories being smaller and more flexible, better able to respond quickly and easily to accommodate new or additional models.

Production lines mounted on the floor rather than being suspended from above will be simpler to install and adjust in length. Toyota said TNGA will enable multiple models to be produced from the same line, supported by new, more efficient ways of producing parts and systems. Accommodating changes in design and specifications will also be simpler and quicker to achieve. Further gains will be made in environmental efficiency, by using equipment that is not only more compact, but also uses less energy.

The sharing of many common components among different vehicles in different segments will greatly reduce the number of different parts that have to be designed, manufactured and supplied.
Toyota calculates that TNGA will reduce the amount of manpower required for vehicle development by 20 per cent, giving it more time to devote to designing better cars. It reduces the level of investment required for bringing new products to market, while increasing the competitiveness and flexibility of Toyota’s existing manufacturing plants. 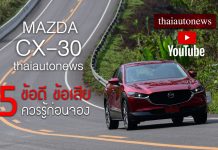 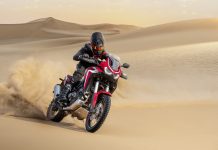 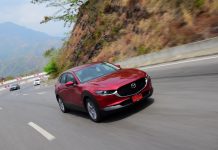