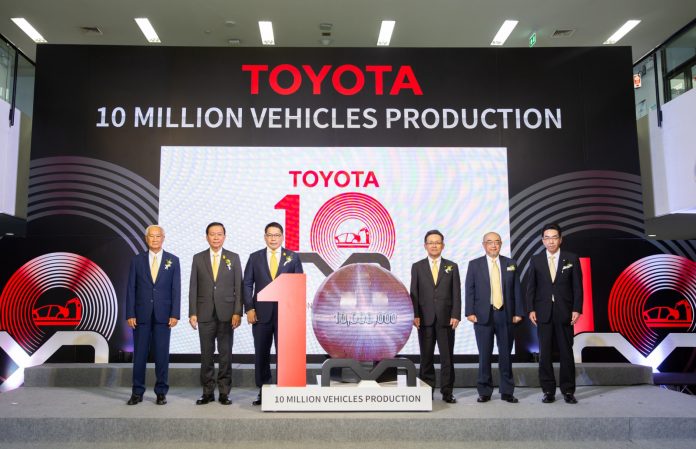 Samut Prakarn, Thailand, July 11, 2018 — Toyota, Thailand’s No.1 auto producer, has reached the 10-million-unit production milestone in Thailand after first assembling cars here in 1962.
The ceremony was held at Toyata’s Samrong plant in Samut Prakarn province, which serves as the production base of its 1-ton pickup truck.
Toyota has two other assembly plants in Chachoengsao province – the Gateway and Ban Pho plants. In total, the 3 factories are capable of churning out 750,000 vehicles per year.
Of the 10 million vehicles Toyota assembled in Thailand, 5.8 million units were for the domestic market, while as much as 4.2 million units worth over Bt2.5 billion have been exported to the global market.
While the Thai auto industry employs more than 240,000 people, Toyota has over 14,500 employees. The company has 172 first-tier parts suppliers and a total of 155 dealers countrywide.
Dr. Uttama Savanayana, Thailand’s Minister of Industry, chaired the event, which was attended by government officials, Toyota executives and members of the Thai media.

“This (Toyota’s) great success was resulted from the investment in various automotive projects supported by the automotive industry policy from the Thai government whether it is the 1-ton pick-up truck under the IMV project, eco car project and being the leader in hybrid vehicle investment, as well as being the first automaker to invest in battery production with value nearly Bt20 billion. This helps the transfer of knowledge and technology into the country,” he said.
“Toyota is an excellent role model of a private business organization that has constantly responded to the government policies, supporting Thailand’s sustainable development policy and strategy under the Thailand Roadmap 4.0,” the Thai Industry Minister added.
TMT president Michinobu Sugata said Toyota has complete confidence in Thailand and the company’s future business direction here.

“To accelerate the Thailand’s competitiveness enhancement, Toyota-Daihatsu Engineering and Manufacturing has been working for advancing research and development capabilities of Thai engineers. We have more than 400 Thai engineers, who have done excellent jobs for the new Yaris and Hilux exterior design changes, and also made a significant contribution to our 10-million-unit production milestone,” he said. “Together with Toyota-Daihatsu Engineering and Manufacturing, Toyota Motor Thailand will shift the gear towards creating ‘Ever-better’ mobility. We will continue to invest in our facilities and our people to deliver products and services that offer the happiness to our customers.”

Toyota’s path of achievement in Thailand can be divided into six eras as follows.

“Establishment Era: First Step of Togetherness with Thai People” (1962 – 1972). During this period, Toyota’s first automobile assembly plant was established in Samrong Nua Sub-district to produce the Toyota DYNA JK 170 and Corona RT 40, followed by Hilux RN 10 and Corolla KE 20, with the use of up to 25 per cent local content.

“Development Era: Determination to Develop Greater Trust” (1973 – 1982), during which the company continuously strived to expand its automobile production capacity through the establishment a second automobile assembly plant in Samrong Tai Sub-district, Samut Prakarn Province. Here, Thailand saw for the first time the pioneering assembly technologies through the use of Swing Arm Auto Loading and CATION E.D.P. (Electro Deposit Painting) with Toyota’s advanced vehicle production line. In addition, Toyota accomplished the production milestone of 100,000 vehicles in 1980.

“Toyota’s New Era: Pursuit of Growth as Contributing to Thai Society” (1983 – 1992). Reaffirming its leadership in automotive innovation, Toyota launched a joint venture to establish Siam Toyota Manufacturing Co Ltd to produce engines in order to support domestic sales growth and export. Furthermore, the 16-valve twin-cam engine was debuted in “Corolla AE 92” for the first time in Thailand, making it possible for Toyota to accomplish the vehicle production milestone of 500,000 units in 1992.

“Motorization Era: Manufacturing Cars to Meet All Market Demands” (1993 – 2002). Toyota built a new assembly plant at the Gateway Industrial Estate in Chachoengsao province to produce passenger cars. In 1996, the number of Toyota vehicles assembled in Thailand reached 1,000,000 units from the production of its three major plants. Toyota also introduced “Corolla Altis” that came with VVT-i technology as well as launching the very first “Toyota Soluna” model which Thai engineers took part in the development and came with 70 per cent local content.

“Environmental Innovation Era: Eco-friendly Technology, Integrating Responsibility for Society” (2003 – 2012). Toyota is the first company that introduced a full hybrid system in Thailand. Toyota Motor Thailand became one of the Toyota affiliates to be positioned as the key production and export base of 1-ton pickups under the IMV (Innovative International Multi-purpose Vehicle) Project. Products made under the IMV project include the Hilux pickup and the Fortuner PPV (Pickup Passenger Vehicle). In 2007, the Toyota Ban Pho Plant was established in Chachoengsao province to serve the increasing domestic and export demand to over 120 countries around the world. This advancement eventually helped Toyota reach 5-million-unit vehicle production in 2010, using only half of the time compared to the first 1 million achieved. 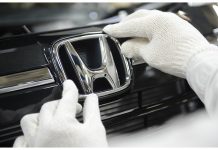 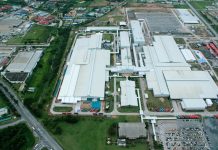 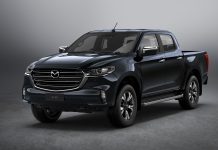