Bangkok, July 9, 2018 — Mazda is planning to offer hybrid and Plugin Hybrid Electric Vehicles (PHEVs) in Thailand during the coming years, but not electric vehicles (EVs), executives said during a press conference today.
While rival companies like Nissan are going all-out in its EV product drive in Thailand, Mazda is taking a more conservative position. The company do have plans to offer EV models in developed markets such as Europe, Japan and California, but unfortunately not in Thailand.
Mazda executives said in order to fully benefit from EV usage, the electricity needs to come from an eco-friendly source with minimal effect on the environment.
Most of Thailand’s electricity is produced by burning fossil fuels, such as natural gas and coal, with a small percentage of hydroelectricity.
“But we will definitely be offering hybrids and plugins, which are capable of offering pure EV mode,” said Thee Permpongpanth, vice president at Mazda Sales (Thailand) Co Ltd.
Mazda has been highly successful in the Thai market in recent years and just achieved record ales during the first 6 months of this year. The company sold 33,593 vehicles during this period for a growth of 41 per cent, and has raised its annual target to 65,000 units.

Meanwhile, introduction of the new Mazda Corporate Identity (MCI) has been 50 per cent completed countrywide (62 showrooms) and the target for this year is 90 per cent. Mazda presently has 134 showrooms with a goal to reach 140 showrooms by the end of this year.
Thee added: “We will go ahead at full steam with a different kind of marketing strategy, whether in terms of sales promotion, organizing roadshows in Bangkok and upcountry, online marketing activities and new model launches including the new Mazda CX-3 Model Year 2018 on July 20. In addition Mazda will concentrate in continuously improving our after sales service capability in order to secure our customers.”
He said customer behavior has changed dramatically in the present day, and more Thai customers are being engaged in online purchasing.
“The obvious reason is convenience but there is also the price factor, product variety and privacy,” Thee said. “Today consumers are capable of easily obtaining information regarding products and vendors on the internet. Products mostly range from small items to medium-sized ones, but presently large items such as automobiles are being purchased online as well.”
He said Mazda makes it a point to offer attractive sales promotion at major motor sales events, including the Bangkok International Motor Show, FAST Auto Show, Bangkok Auto Salon, BIG Motor Sales and the Thailand International Motor Expo, along with smaller shows in the provinces as well as mini motor shows in department stores, plus annual fairs such as the Red Cross Fair. 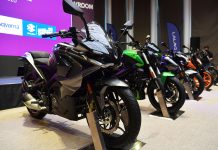 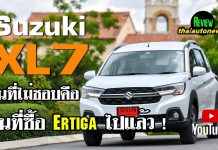 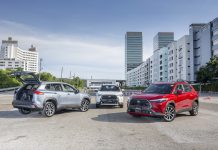